HALSTEAD—Randomly dividing a band in two separate groups is bound to cause some issues with balance of instruments. Such has been the case for the Halstead High School band over the past month while the school district has been in hybrid learning.

“Splitting up the band has been very different,” junior Isabelle Loucks, a percussionist, said. “We’re so used to having those certain people that we rely on, but we’re split up now.”

For example, a lot of band members may listen for percussionists like Loucks to keep rhythm, but when hybrid learning groups were divided up, all the percussionists happened to be in the same group.

Senior Blake Bush, who plays alto saxophone, knows exactly what Loucks is talking about, since he’s in the non-percussion group. 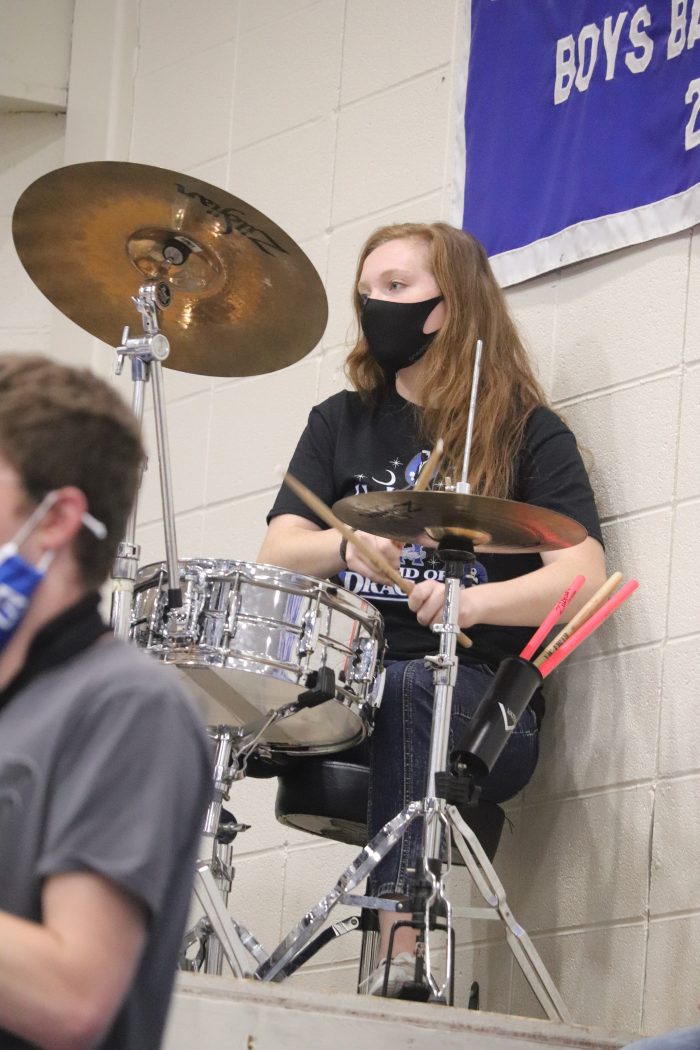 “My group doesn’t have a drummer at all, so that makes practicing a lot harder for certain songs,” he said.

He noted that Director Shelbie Green sometimes taps along or plays a cowbell to help their group keep the beat. The band has been meeting early before basketball games to give itself some time to run through a few songs as an entire group, Bush added.

“The hybrid schedule has had a unique influence on band because we’re not able to all practice together,” Bush said.

Loucks’s half of the band isn’t perfectly balanced, either, and is short on trumpets and flutes, she said.

“My half is kind of lacking on the upperclassmen,” she added.

With fewer students in the band room during rehearsal, Loucks said she had to compensate her playing.

“Because I’m a percussionist and I play the trap set, I try to be very loud, especially for pep band,” she said. “But when I’m playing loud, I can’t hear very much around me, so with just half the band, it’s a lot quieter, so I’ve had to adjust so I could hear some things and pay attention to physical cues from Ms. Green instead of just listening.”

Loucks and Bush agreed that their music classes have been some of the ones most affected by hybrid learning.

“Band is definitely super high up there,” Bush said. “I’m not sure of any classes that I’m personally in have been messed up as bad.”

Loucks said virtual learning in general has had a pretty big impact on all her classes. Since she’s in band, jazz band and Bel Canto, she has three music classes that have been split up.

During the weeks the band was split up, they tried having remote learners play along over Zoom, but the quality turned out to be terrible.

“We’re now moving into concert season, and we quickly discovered that the Zoom audio is not very friendly for band,” Director Shelbie Green said. “Stuff like that we’ve definitely had to rethink, but overall we’ve been able to adapt pretty well.”

“Kind of like if a band were playing underwater or forks scraping on a plate,” he said.

Since that didn’t work, students who are learning from home instead work individually, working on rhythm assignments.

“I think Ms. Green’s done a pretty good job of doing some things at home, and it not just being busy work,” Loucks said.

Those at-home assignments include working on major and minor scales. Loucks said she found it helpful to get back down to these basics. Students have also been focusing on music theory, like intervals and key signatures, which Loucks pointed out is improving their sight-reading abilities.

Fortunately, the band will get a reprieve from hybrid learning since as of Thursday this week, all students are learning in person again. 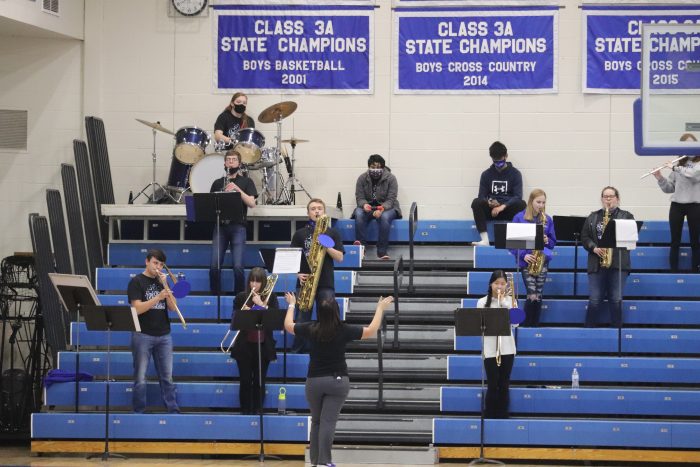 With members spaced six feet apart, Halstead High School’s pep band performs at a recent basketball game. Hybrid learning over the past month has posed a challenge for the group to rehearse together.

“I’m excited to be all together again,” Loucks said. “I’ve definitely been missing some of the people who’ve been on the other side of the hybrid. I’m ready to be a full sound again. I feel like we’ve had that missing.”

Even with everyone back together, the band will still be using safety measures they have been all year to mitigate the spread of COVID-19. One of these is that trumpet-, trombone- and saxophone-players have all been using covers over the bells of their instruments where the sound comes out to prevent moisture droplets that could carry COVID-19 from spreading. Bush said he doesn’t think these affect their sound much.

“If there was a difference, it was minimal, and I got used to it pretty quick,” he said.

Students started using these a few weeks into the school year. Bush said he’d never played with one of these before. They stretch over the bell of the instrument, similar to a face mask. Prior to the pandemic, bell covers like this were only used for decorative purposes.

Students also sit further apart during rehearsals, as well as when they play pep band at games.

“I don’t know if it changes the way it sounds, but it definitely feels different,” Bush said. “Band is like your family. We’re all super close and more laid-back, and so this is different and that’s fine, but it’s a different vibe.”

The band typically does about three marching competitions in the fall, but they couldn’t participate in those this year.

“It was kind of a bummer for my senior year, but as for wearing a band uniform and driving a couple hours to march probably wasn’t my favorite thing about band,” Bush said. “I know I personally wasn’t too, too disappointed about it, but I know some other people were.”

Loucks was one of those band members who missed competition.

“I love competing, so I was pretty upset, pretty bummed that we didn’t get to do as many performances, because I love when people get to hear our hard work,” she said.

As a junior, she’s hopeful all those opportunities will return next school year for her.

Band members do plan to take place in some virtual competitions for soloists and small ensembles this spring.

“It’ll be a lot different, but it’s better than nothing,” Loucks said.

Hybrid learning has been similar for the middle school band, except some of those players are newer to their instruments.

“It took them a little longer because younger players can be a little more nervous, so it can take longer getting used to not having as many people around you playing, but once we got through that little hurdle, they were right back on track,” Green said.

Overall, band students have been adjusting well to what this year has thrown their way.

“With everything that came up, they just adapted really well,” Green said. “Obviously, this situation is not ideal for anyone, not just band.” 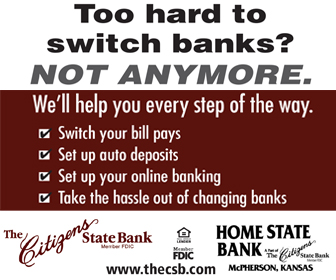 The Railers have completed the first day of the 5A state track meet in Wichita. Here are the results from the events Newton High……