Gov. Laura Kelly, through an executive order, effectively banned gatherings more than 50 people in Kansas for the next eight weeks by adopting Center for Disease Control guidelines that recommended against such gatherings.

“We do not take this action lightly,” she said at a press conference held Monday afternoon.
She said she planned to meet with the Kansas Chamber, national hospitality organization and independent business organizations to discuss how the state could best help businesses effected by the virus and social distancing efforts.

That ban Kelly iterated would refer to any congregation of 50 or more people. She said common sense would play a role in the ban, noting that while the state house might have 50 or more people in it, those people would be spread out. Both Sedgwick and Reno County had already implemented such efforts, though no such ban stood before the executive order in Harvey County.
State Health Secretary Dr. Lee Norman said at the conference he would like to believe that people would step up and enforce the order voluntarily, knowing that it’s necessary and effective to slow the virus’ spread according to the Center for Disease Control. He said the state has the power to use law enforcement to enforce the order should it be necessary, though he said such methods would be draconian and hoped people would do so on their own. He said local law enforcement would be responsible with handling reports of large gatherings should his office receive it.

“This is not just a theory,” Norman said pointing at tests and the need for social distancing. “This is very real. Stay home if you’re sick. Ultimately it’s not just about you it’s about the people around you and the people you love.”

He said in positive news, all tests came back negative at the nursing home in Wyandotte County, where a patient tested positive for the virus and died,

“To be negative like that they had to be attentive to the principals of infection control,” he said. “Kudos to them.”

Norman said the state is now able to test between 150 to 200 tests a day and with commercial labs coming online the state’s testing reach can be increased.

“The number of test kits are enough for now,” he said. “I feel like with the commercial labs coming on that will increase our reach.”
He said the commercial testing will help prevent state inventories of testing swabs which are running short as well as test kits.

Norman said the virus being Novel or new means people continue to learn about best practices to deal with.

“The best we do is consistent messaging not hiding behind a closed door, being upfront and providing the best quality information in a consistent manner.”

Kelly followed the comments saying that the state’s using the data in front of it to make decisions on what to do that will work in Kansas.

“When we take action it’s because we’ve been looking at the facts.”
On the subject of federal help relating to testing supplies and medical support, Kelly and Norman said the situation with Federal Government aid has gotten better and more coordinated and responsive.
Norman said there were good directions following from the federal government though the $8.3 billion allocated to fighting the virus had yet to reach Kansas coffers. Once that money comes to the state, much of that money will be pushed out to fund local agencies which he said have been underfunded for years. He said the federal government was pushing for increased production for protective materials.

“Anything we can do to get people tested when they’re ill will benefit us in controlling this,” he said.

“If we look at the worst case scenario there’s no question we don’t have enough in service,” he said saying the state would need access to the state and national stock piles and in that case it’s likely it wouldn’t just be Kansas with problems.

In other Corona virus news Kelly ordered the Kansas Corporation Commission that utility shut offs would be put on hold until April 15.

Kelly had some other advice during the press conference.
““Kansans if you feel ill do not go to work, keep washing your hands and do not touch your face,” she said thanking health workers on the front line of the effort to deal with the virus. 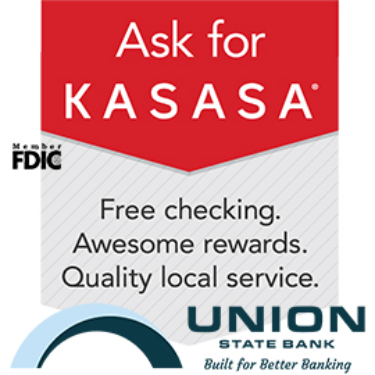 By Wendy Nugent, Newton Now The 4-H Fair event on Saturday went to the dogs, although in a good way. Yes, the event was the……